Female Entrepreneurs
The trial period has expired please purchase if you like to continue using the theme.

How Female Entrepreneurs Are Shaping Our Future 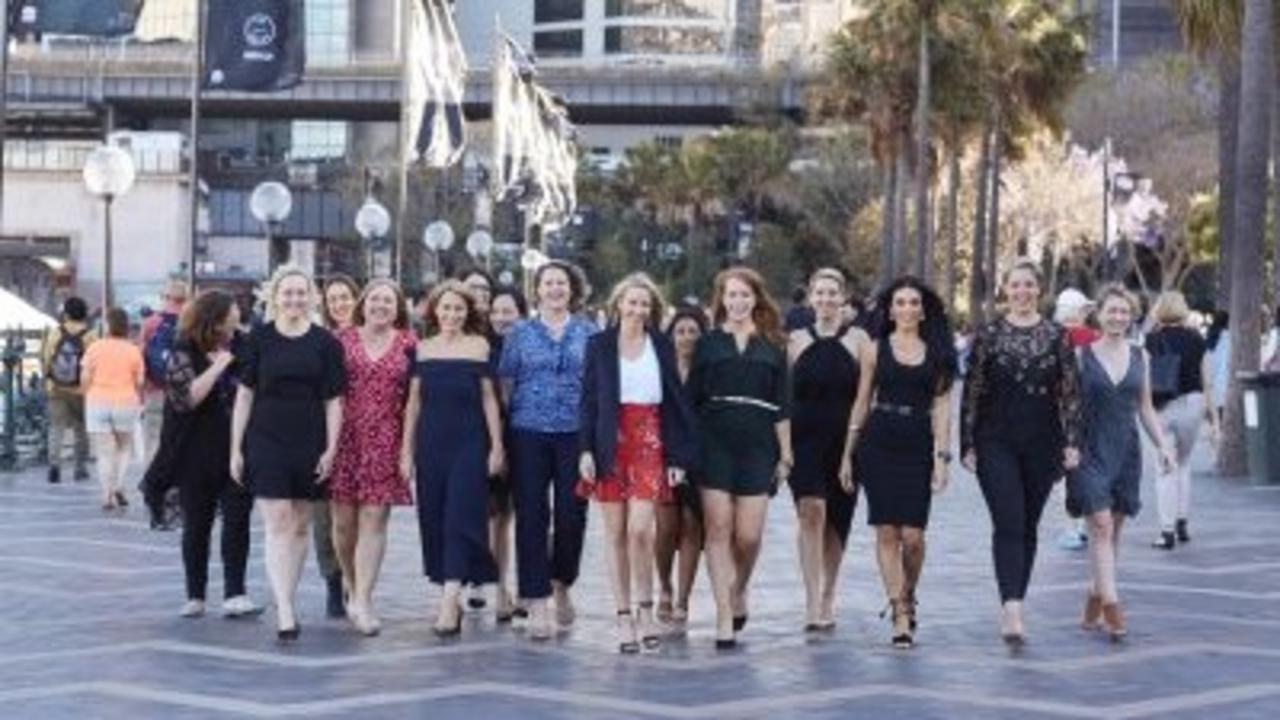 In our last blog piece, Women Lead Startups Attractive to Investors we wrote about how females are proving stronger in stock-trading and are becoming more attractive to investors.

Raising capital, money and positive cash-flow for startups is an important part of business. However, it’s not just the money that does the talking.

It’s the story behind the startup which changes hearts, minds, starts conversations and eventually shapes our future.

Some women are purposefully starting the hard conversations about what is, and isn’t working, in our world for women.

And it’s creating a movement, shaping the future of doing business and even how we live our lives.

Our startup ecosystem in Australia is in its infancy and despite great leaps and bounds here, the US ecosystem is way more established.

As the Australian market gets flooded with females leaving corporate or organised business structures to create startups and SME’s, it won’t be long before our startup ecosystem matches the US. It’s thought in Australia, the growth of females leaving is creating SME growth of 4 times on previous years.

Women are establishing their own ways of doing business, giving themselves the freedom to live a life on their own terms.

Women supporting women has also turned from a small trickle to a water rapid to an ocean of movement that has no end of support and it’s shaping and paving the way for the next generation.

Here are some of the women shaping our futures and empowering the next generation of changemakers.

Bridget and Emily are on a mission to disrupt the global management consulting industry, competing with professional services firms like Deloitte and PwC. This year it has established operations in the US, because its client roster features companies like Mastercard and eBay and they want to use the product – which connects companies with specialised consultants for projects according to specific requirements – overseas. Investors include Allan Moss, the former Macquarie chief executive and now a member of the RBA board.

Bridget was asked by Business Insider Australia about the most memorable story from Expert 360’s business success,

“One of the stories I like are when you’ve got a mum who’s got a Harvard degree and she’s worked at a top consulting firm for 10 years, but now has had kids and is ready to return to work. But she doesn’t like the 70 hours a week, 12 months a year, year-after-year lifestyle — it doesn’t suit.” Bridget Loudon

Jo almost needs no introduction in the entrepreneurial Australian and US set, her first entry into recruitment was Jobs Capital, an Industry awarded and recognised brand for On Hire Labour Agreement Services, Outsourced Payroll, Salary Packaging and Migration Services.

Jo’s next venture is to give back to the community who helped her achieve her success. Rare Birds is a mentoring, community and support network to create 1 million female entrepreneurs by 2020.

Not satisfied with helping more women into entrepreneurship, she has joined forces with innovation expert Dr Richard Seymour to launch an online learning program to foster entrepreneurship in young Australian children.

Jo, in an interview with TEDX Sydney had this to say about the female led businesses:

“I think the powerful influence of female entrepreneurship is entirely underestimated. Women are starting businesses at twice the rate of men in Australia. Out of the two million companies here, 700,000 are female led. Globally females represent approximately 27% of the world’s wealth, which is almost 21 trillion dollars.” Jo Burston

The Institute for Global Women Leaders (IGWL) is a groundbreaking new organisation with a mission to support, connect and empower young women from around the world as agents for change.

And their not-for-profit arm Foundations.(au) is an Australian based organisation which is creating brighter, sustainable futures for orphaned and vulnerable children in Uganda, East Africa. The organisation operates in the areas of child welfare and development, health and education. foundations.(au) was founded in August 2009 by Rosie O’Halloran after her first trip to East Africa.

Rosie, in an interview with Girl.com.au had this to say about her motivation,

“I began to question the attitude towards women and girls globally – how could someone say to a girl, -you don’t matter?’ I am dedicated to making sure girls know not only that they matter but they have the power to change the world” Rosie O’Halloran

Rosie and Lucy started Project Rockit over 10 years ago to empower school students to stand up to hate instead of standing by watching.

In an interview with CBA’s Women in Focus Rosie and Lucy main motivations,

“I wanted to create a youth empowerment model for young people to prompt change by standing up and taking ownership of the material. We offer young people the tools to stand up and to not be afraid that they may be targeted next, of people’s judgement, and of the consequences.” Rosie Thomas

At 35, Emma Isaacs has achieved more than most twice her age. She’s the CEO of Australia’s largest community for women, Business Chicks; has spent one on one time with Bill Gates; is a serial property investor, has raised over $10million for charity, and is mother to four children aged six and under.

As a passionate philanthropist Emma wants to make a difference. She sits on the board of The Hunger Project Australia, is a past President of the Entrepreneurs Organisation and has held ambassadorships with Dry July, Ovarian Cancer Research Foundation and 1 Million Women.

Emma is a big believer in hiring innovators, in her article in Huffington Post she says,

“Intrepreneurs are entrepreneurs working inside an organization. They think like entrepreneurs in that they’re always questioning the status quo and looking for opportunities to grow the business or make life a little better for their customers and fellow team members.” Emma Issacs

The Heat Group, Gillian Franklin has always been passionate about encouraging young women in business. As a managing director of cosmetics giant Revlon, Franklin developed her own program to encourage young women to be financially independent and it was this program that made her leave her high-profile corporate life to start her own business.

When managing director at Revlon, she developed a program to teach young girls about financial independence called Australia Self Made Girls. After running the program for three years, she realised she needed to practice what she was teaching and started The Heat Group.

The now 58-year-old Melburnian established The Heat Group in a coffee shop in 2000, taking on her first client – Proctor & Gamble – in just three weeks. Fifteen years later, the consumer products wholesaler sells 11 million pieces of stock each year, has 170 employees and generates an annual turnover of $130 million. One Heat product is sold in Australia every 2.8 seconds.

In an interview with Engaging Women, Gillian has been a long supporter of flexible work places,

“I’d witnessed first-hand the challenges women have trying to work and have a family and I really have enormous empathy and respect for the women who cope with childcare challenges so from a young age I said, “I want to have children but I don’t want to do child care.” Gillian Franklin

In today’s overweight world, Michelle brings a message of positive change and compassion with unique style and infectious enthusiasm to propel people – no matter what their age, gender or income – towards healthier and more active lifestyles.

As a renowned fitness industry figure with over 20 years’ experience, Michelle first shot to fame in 2007 on Channel Ten’s hit reality show The Biggest Loser.

During this time, she has broken two Guinness World Records, helped Aussies lose over 1 million kilos through her 12 Week Body Transformation online weight loss program, published 13 books and created an apparel and fitness equipment range exclusively for Big W and a food range for Woolworths.

In an interview with News Media Michelle says,

“I’d like to tackle the junk food industry the way that the tobacco industry was tackled 50-odd years ago. They sell crap food and make people sick, and that makes me angry,” she said.

“We’re now seeing children that have potentially, a shortened lifespan than their parents. I’d like to get out there and start fighting the fight for others who can’t fight it.” Michelle Bridges

A former titan of finance at companies like Citigroup and Bank of America, she launched Ellevest in 2016 with the mission of closing the gender investment gap. The robo-advisor works to help women secure their financial futures by taking women’s unique life attributes — such as longer lifespans, different salary curves and more frequent career breaks — into consideration.

In her book (Own It: Power of Women At Work ) and via Ellevest, Sallie is driving diversity on Wall Street,

“Success for professional women will no longer be about trying to compete at the men’s version of the game, she says. And it will no longer be about contorting ourselves to men’s expectations of how powerful people behave. Instead, it’s about embracing and investing in our innate strengths as women – and bringing them proudly and unapologetically, to work.” Sallie Krawcheck

All of these women inspire us to keep going, keep reaching, keep believing. Are you a female interested in shaping the future?

If you have an idea for a tech business your journey starts here. Tech Ready Program enabling women in tech.